Ask Us About Our August 2022 Pro Package Deal! 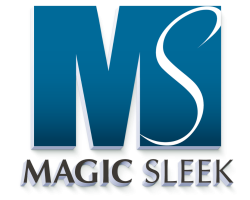 Debunking Sulfate Myths: Should You Use Hair Care With Sulfates?

Is your shampoo safe to use?

Wondering about the toxicity of your shampoo probably isn’t something you ever expected to do. Yet, there are a lot of people out there who think that certain ingredients could be doing their hair more harm than good.

In fact, there’s one ingredient at the moment that’s being bad-mouthed by the media more than most. We’re talking about sulfates, and it might not be worth the bad reputation it’s been given.

Let’s find out more and bust the myths once and for all.

Sulfates are chemicals that have become very common in haircare products. From shampoos to hair masks, there are tons of amazing products out there that contain sulfates on their ingredient label! They’re used as a foaming agent to create all those lovely soapy suds you expect when lathering up shampoo in your hair.

They also help the active ingredients in your products to penetrate deep into your hair and scalp, covering every strand with their goodness. They leave your hair feeling clean, soft, and nourished.

Sulfates have been used for many decades. But, some people recently have been kicking up a fuss that they’re not safe. As with almost every trendy claim, this isn’t entirely true and could be putting you off products that are perfect for your hair.

There have been rumors circulating that sulfates can cause cancer and damage your hair. These aren’t new but have actually been doing the rounds since the 90s. But, recently, they’ve worked their way into the mainstream.

The problem is that these claims are sweeping and broad, condemning an entire group of chemicals. As with most sweeping statements, this one isn’t entirely truthful.

Where the Claim Began

In the 1970s, it was discovered that shampoos contained carcinogenic (cancer-causing) ingredients. Ethanolamine Lauryl Sulfate was the chemical to blame, and it was promptly removed.

But, years later, in 1998, a rumor was spread around the web that other sulfates were also cancer-causing. This was without evidence and pinpointed shampoos and toothpaste as products to be particularly careful about.

Snopes looked into the claim and found that it seemingly came from nowhere, and it’s now presumed that someone confused Ethanolamine Lauryl Sulfate and Sodium Lauryl Sulfate (SLS) or that it was created deliberately by a natural product company to market their competing products.

When sulfates are used correctly and in normal, safe quantities, there’s no evidence that they can do any damage. Don’t just take our word for it, though! Here’s some evidence that these ingredients aren’t a risk to your health:

These apply to both Sodium Laureth Sulfate and Sodium Lauryl Sulfate. The only cause for concern is that some irritation can occur for people with sensitive skin who use sulfates frequently. Other than this, there really isn’t anything to worry about!

One of the biggest areas where sulfates can cause irritation is in the eye area, as with most products (even water can be irritating!). Even then, though, it’s only in large quantities. When used at a concentration of less than 0.1%, which isn’t unusual, it’s been found to cause no eye irritation at all.

The bottom line is that, no, your sulfate-containing products aren’t going to cause cancer.

Should You Use Sulfates in Hair Products?

Aside from cancer, are there any other reasons why you should avoid using sulfates in your shampoos and conditioners?

As we mentioned, sulfates in hair products are common. This is particularly true for shampoo and conditioner, which it’s important to note are wash-in, wash-out products. They’re not left on your skin for hours, which will reduce the effects of any irritating properties.

In general, though, sulfates aren’t irritating. They can cause slight dryness as they thoroughly cleanse the hair, but this is easy to remedy with a good conditioner.

The best way to work out if you should use sulfates is by looking at the benefits. Sulfates are excellent are cleaning oil, dirt, and products from your hair, leaving it feeling clean and fresh after a wash. This also leads to more voluminous hair with less frizz that’s not going to be weighed down by oils, helping you perfect your salon-ready styles!

The Alternatives Can Be Much Worse

There are natural alternatives to sulfates that many clean beauty brands are embracing. The truth about these, though, is that they can actually be harsher than sulfates!

It’s important to do your own research to work out what the best ingredients are. It’s easy for companies to market their ingredients in a good light, but that’s not always the truth.

Achieve All Of Your Hair Goals

If you’re looking for beautiful, nourished hair, don’t be scared of sulfates! As long as they’re used properly and in small amounts, as they are in our shampoo and conditioner, they’re a great addition to haircare products.

To learn more about the ingredients we use in our Magic Sleek hair care range, shop our full range of products and take a peek at their descriptions. We believe in transparency, which is why we always include full ingredient lists with each of our products. 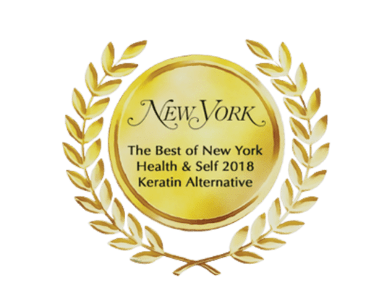